There’s so many wonderful things about fall from the scarves, leaves, crisp cool air, having pumpkin spice lattes with friends and watching innocent people flee in terror from knife-wielding sickos. It all goes together, right?

Let’s face it, the autumn season is nice, but by far, Halloween takes the cake. Nothing’s better than going to the pumpkin patch, carving fun looking jack-o-lanterns, putting up spooky decorations and spider webs and then watching a movie about chilling and haunting spirits. Trying to get into the Halloween mood isn’t always easy and sometimes finding a fall movie can take awhile to find, especially when there’s so many options to choose from. These movies are great for watching during Halloween night or for during the Halloween season. That’s why I’ve put together some of the most popular and some of my favourite movies, in hopes to help you. Each movie is categorized into a suitable age group: family friendly and mature audiences. I’ve started off with family friendly movies but scroll down if you want to get to the really scary stuff!

HALLOWEEN MOVIES FOR THE FAMILY 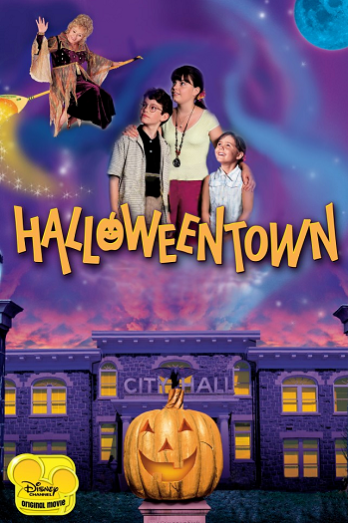 Halloweentown is by far one of my favorite Halloween movies. It follows the lives of the Cromwells, who aren’t your ordinary family. Little do they know, they’re a family of witches. The whole truth behind the family’s history unfolds when the children’s grandmother pays them a visit. Eventually the family works together to fight the evil spirits that haunt Halloweentown. This movie is filled with comedy and childish spooks. It’s definitely what most people would consider to be a very “cheesy” movie, but the cheesy aspect makes it just that much more memorable and entertaining! There’s currently a total of four movies within the series: Halloweentown, Halloweentown II: Kalabar’s Revenge, Halloweentown High and Return to Halloweentown, so if you like the first one, you can keep watching. I’ve only watched the first two movies but the next two are on my to-watch list! 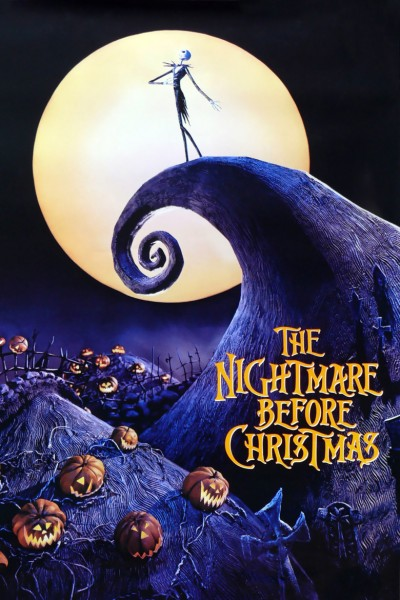 The Nightmare Before Christmas

The Nightmare Before Christmas is by far one of my favorite movies for both Halloween and Christmas! It follows Jack Skellington who’s known in Halloween Town for being the “Pumpkin King.” Jack eventually becomes tired of only celebrating Halloween and goes looking for an adventure. Along the way he runs into Sally who helps him introduce Christmas into the town of Halloween. By introducing another holiday into the town of Halloween, chaos beings to unfold. This movie is very popular and well known and definitely is worth the hype! The movie is done by stopmotion and is an absolute masterpiece! Dark and muted shades are used in the movie and by doing that, it gives the film emotion and gloom and that helps to build an interesting character. The movie has a unique twist on the holidays and features a beautiful soundtrack. I’m a huge fan of Tim Burton and this movie is a prime example of a classic Burton film. If you haven’t seen this movie, you should definitely check it out!

Hocus Pocus is another “must watch” for Halloween. The movie follows the three Sanderson sisters–a family of witches that were put to death for doing witchcraft. 300 years later, their spell book gets discovered by the new kids in town. What happens when the spell book gets in the wrong hands? Personally, I watch this movie at least once during the Halloween season and I never manage to get tired of it. It’s very comical and fun. Sarah Sanderson (Sarah Jessica Parker) is flirty, obsessed with maintaining her youthful good looks, and has a rather dark sense of humour; her jokes tend to reference torture. Winifred Sanderson (Bette Midler) is the “brains behind the operation” and also gets the funniest lines. Mary Sanderson (Kathy Najimy) is the black sheep of the family–a coward who serves as a foil to her outgoing outgoing and devious sisters. Hocus Pocus has comedy that both adults and younger audiences will enjoy.

The Conjuring is a chilling and hair raising movie that grasps on everyone’s darkest fears, guaranteed to have you moving to the edge of your seat. It follows the lives of two paranormal investigators/demonologists, Ed and Lorraine Warren, who visit the sites of paranormal cases and investigate, finding evidence of demonic spirits. There are currently five movies in this series, which also includes the Annabelle movies and The Nun. In the case of the original Conjuring, the Perron family purchase and move into an old farmhouse. Shortly after the family move, the Perron’s starts noticing strange and unusual occurrences within the house and decide to contact the Warren’s for help. During the Warren’s investagrations, they unveil the terrifying truth behind the noises and discover more evidence that leads them to a satanic soul within the house. The writers claim that all the movies are based on true stories that occurred during the Warrens’ investigations, making the movie even more frightening and hair raising. The Conjuring series is by far one of my favorite horror series. This movie is thrilling with just the right amount of jumpscares, which also features an intriguing plot and backstory; the chilling music and erie creeks in the background only build up the suspense.

Scream places the viewers in the chilling shadow of a serial killer who targets and a girl and her teenage friends in attempts to terrorize and, ultimately, murder them. The Scream series is perfect for Halloween and just in general, from the comedic and dramatic mystery to the amazing cast. Some of the well known cast members include Drew Barrymore, Skeet Ulrich, Courteney Cox, and others. The nice thing about Scream is the fact that director Wes Craven used comedy as an undertone so it isn’t just pure horror–it has a twist to it. The killer uses horror movies as a form of torment. For example, in one of my favorite parts of the movie is in the opening scene where Sidney makes fun of the “typical” horror movie plot where the victim runs up the stairs, rather than going out the door. But then, when the killer appears, Sidney, too, ends up running up the stairs instead of going out the front door! You’re guaranteed going to be trying to figure out and guess who the serial killer is during the whole movie up until the final minutes–be ready to be shocked!

Oftentimes, the horror genre and Halloween themed movies in general are the best parts of the fall season. Watching horror movies with my friends on a crisp autumn day, really makes it that much spookier. Whether you’re interested in an artistic approach to a horror movie or a more cheesy and classic must watch, I hope you’ll be able to find the perfect movie!