In today’s world, shelling out extra cash for DLCs, freemium games, or microtransactions seem almost impossible to avoid. Simply put, DLC stands for downloadable content, which basically means that extra content, such as new maps, or an extended storyline, can be purchased on top of a base game. It’s like buying a car. You pay a set price for the base model, but for a premium, you can get better features on it, like heated seats, rear view cameras, and so on. In recent years, more and more games were turning to producing not just the game, but downloadable content. To many people who are new to gaming, DLCs can seem confusing, or even just an incentive for the game developer to make more money while turning out a poor product. So what has caused DLCs to become so prominent, now?

Well, it certainly didn’t happen overnight. To fully understand why DLCs in the gaming industry are so popular with game developers, we must look into the past and see the evolution of this practice.

In the 90s, console gaming was on a rise. People played games on systems such as Nintendo 64 and the Playstation. Back then, of course, gaming consoles didn’t have an internet connection, so the games couldn’t get updates; a stark contrast in comparison to today, where most games get updates per week or so. Console games didn’t just lack game patches or updates, the content of the game also remained unchanged after you bought it. This meant that game developers would need to design the game so the player will remain interested until the next product is released. PC gamers did have updates at the time, but high speed internet was not yet widespread. If a person wanted to get an expansion pack, they would physically need to go to a store to purchase it. To make that worth it however, the developer would need to make the extra content significant. A few maps or new skins for weapons wouldn’t fit the bill.

In 2003, a computer software called Steam was released to the public. Steam was originally a platform for people playing the Counter-Strike series to have a proper and official search engine for game servers. Beforehand, most people used a third-party software to find a game server. This worked to a certain extent, but it also was hard to use for new players and was in general, cumbersome. Valve, the owner of Counter-Strike, released Steam to solve the issue. This wasn’t the only reason for Valve to release Steam however; Steam also helped Valve regulate cheating issues and made downloading updates more streamlined and easier for the player. Using Steam to distribute updates and making it mandatory for people to use in order to play Counter-Strike was a fairly big change for veteran players of the game franchise, and many of them were dissatisfied with the changes. Valve, knowing this, released a big update to keep players interested. Update 1.6, which was only downloadable on Steam, added new weapons and streamlined levels in the game. This proved successful, and in turn, motivated new players to try out Steam. Also, if the player had a CD-Key, they had access to other games made by Valve, such as Half Life or Team Fortress.

Valve in 2004 released an Open Beta Test client for Counter-Strike: Source, a sequel to the original Counter-Strike. This is was an important milestone for Steam, because CS:S, and the upcoming release of Half-Life 2, was the first instance where a PC game was released strictly online. This at the time sparked controversy with the public, since most PC games of that era were still released in physical stores. Valve did allow people to pre-load the game software on their computers, and unsurprisingly, more people bought the digital copy over Steam. This phenomenon allowed people to purchase the game without physically going to a store, but it also meant that the physical copy of the game CD, the box, box art, and so on, were not being released. This was another reason why it took a while for digital copies of games to catch on, because hardcore gamers liked the fact that they can get a physical copy of the game. For game companies, however, less hardware meant less cost.

Valve’s ingenious and even revolutionary idea of distributing games online, coupled with the rising speed of internet and popularity of computer gaming, has made the concept of purchasing games online rise in the recent years. Steam’s interface made purchasing games not only more streamlined and simpler, but also allowed the customers to purchase games from the convenience of their own home without going to a store. Although it was faced with some backlash, Steam kept on pushing through and paved the way to the purchasing of games online. 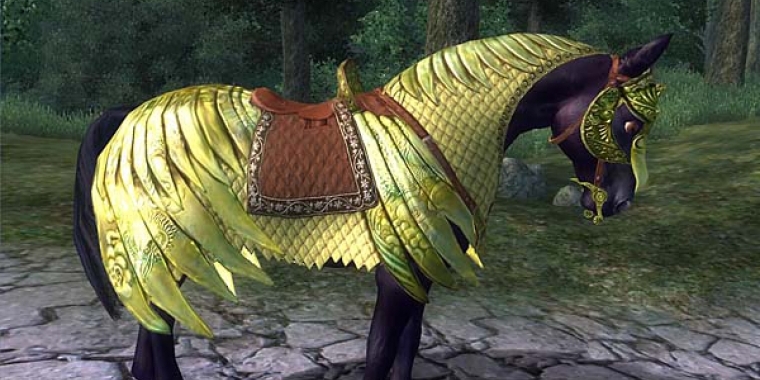 DLCs took a while to become profitable. In 2006, the game The Elder Scrolls IV: Oblivion released a DLC that allowed a horse to wear a suit of armour for $2.50 USD. This was quickly met with major backlash, since it was just a cosmetic DLC in a single player game. Not only could no one but the player see and appreciate the addition, it didn’t offer any in-game advantages. This was one of the first occasions where additional content the player can buy was purely cosmetic. With the rise of purchasing games online, it is much easier for a person to purchase DLCs, and this sort of “impulse buying” helped contribute to how common DLCs are today. Oblivion wasn’t the only time where DLCs were being criticized however.

Electronic Arts, or EA, has been criticized, or even outright condemned by many gamers for excessive amounts of DLC for their games. EA has looked to Steam and created their own distribution software, dubbed “EA Origin.” Just like Steam releasing games created by Valve, Origin releases games created by EA. To differ themselves from Steam, the game developer integrated “EA Access,” a subscription which allows people to play all of EA’s games for a specific period of time, and allows people to play games before the release date. Not only this but EA Access also allows people to use all of the DLCs in the games that they make. The problem is that the subscription would cause the customer to lose more money in the long run, because they would need to spend more money to play for a longer time period. The subscription also allows people to access content that hasn’t been released, while people who have bought the game can’t have the ability to test it out.

Many people have said that EA has even purposely released games that were watered down, and then release content that should have been in the base game as a DLC. An example of EA’s greed is Star Wars: Battlefront II, a game that is centered around the Star Wars universe. The previous installment, Star Wars: Battlefront, was criticized for a number of things, such as not having a single player campaign. EA fixed the majority of these issues, but they have also made new ones. Battlefront II had a certain game mechanic called loot boxes, a type of microtransaction that gave the customer a random chance of the player unlocking ingame credits to advance and unlock new characters, such as Luke Skywalker or Darth Vader. Unfortunately, the loot boxes could only be obtained with real money. This angered many players, since they had to pay for the game itself, and on top of that, loot crates to progress through the game in a realistic period of time. Without purchasing these boxes, it could take up to 40 hours of gameplay until the player could unlock a new character. EA’s Battlefront controversy showed players that downloadable content, specifically micro transactions, can get to a point where the greed of the company far outweighs the enjoyment of the game itself.

The gaming industry as a whole has gotten more expensive to operate and develop. With the popularity of games rising in the past years, coupled with things such as eSports making international headlines, game companies needed to find a way to stay competitive. DLC were a cheap way to keep players interested, because development costs and time aren’t nearly as high as building a new game from the ground up. Utilizing online distribution, such as Steam, more or less gave the green light for gaming companies to make DLC a common occurrence. Developers didn’t need to calculate how much profit they would make by the time they added up all of the expenses for shipping the new content to stores, and how much shelf space they would take. Since most games are distributed online, the developer has free reign to put as much, or as little, DLC as they would like.

With that being said, many have spoken up about how certain corporations have abused the use of DLCs, and rely on them too heavily. Though some of them can be worth your money, others are nothing more than aesthetic modifications for a price tag. DLCs are becoming increasingly popular by gaming companies as a quick, yet efficient way to earn more revenue without using a large amount of time or money, which could then be put into the next game that they will release. Sadly however, not all developers are so keen about using the money they make on DLCs to make their game necessarily better.

0 comments on “The history and evolution of DLCs”