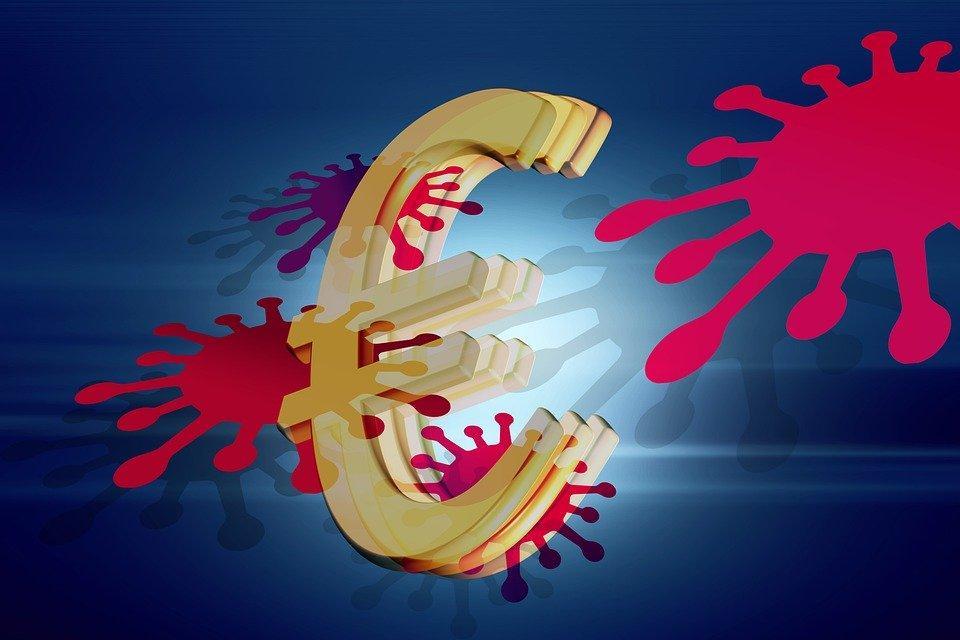 COVID-19 has had a large impact on the world economy. It put many peple out of work and has put pressure on the World’s economies. While governments have been providing support to businesses and its citizens, experts warn that the impacts will be felt long after our communities reopening.

A flu-like illness from a small Chinese city has now taken over the world and changed everyone one of our lives. The one impact that might not seem important to people our age is the negative effect it has had on our economy, and how severe and long lasting that it will be.

2019 was an amazing year for the stock market, reaching a historic gain of 28%, and more jobs being created than ever. Unfortunately, business shutdowns and reduced socialization due to the Coronavirus many people, including retail and manufacturing workers, are out of jobs. This has many people worried about paying bills and basic expenses due to their reduced income, and are now relying on the government to support them.

Studies show that an estimated four out of five people’s jobs have been affected by the current pandemic. This comes not just in the form of direct layoffs, but in reduced traffic, production delays, and reduced working hours, which all lead to less money in the pockets of employers and employees alike. Canada alone lost over 2 million jobs in the month of April, while the US lost over 20 million. This has brought the unemployment rate for both of these countries to 13% and 14.7% respectively.

This has put a stress on many economies as there is an influx of workers relying on government benefits. Over 30 million Americans have applied for unemployment benefits since the pandemic began.

Experts say that there hasn’t been a sudden economic downturn like this since the Great Depression in the 1930’s. Back then the most important issue at the time was the economy, however nowadays, there is controversy due to the fact that governments have to balance the medical emergency and the economic one.

“The more you intervene to deal with the medical emergency the more you put the economy at risk,” states Former British Prime Minister Gordon Brown, who helmed the 2008 financial crisis, and has experience with these types of situations.

The United States has been offering different financial benefits, including a one time stimulus package reaching a maximum of 1200 USD to people within a certain tax bracket. The US has also established grants and forgivable loans for small businesses across the country, helmed by the Small Business Administration, such as the Payment Protection program, the EIDL loan advance, and the SBA debt relief program. These are all programs that have been created to provide relief to struggling small businesses, and offer security for them and their employees.

On the other hand, there are many criticisms stating that the government hasn’t done enough to support other groups such as the service industry and students who are also being heavily impacted.

There have also been a variety of other grants and reliefs to other affected groups, such as a $9 billion CAD for financial aid for students who are affected by the pandemic and rent relief programs for businesses. They are also bailing out several different large economic groups such as the energy sector, as well as investing billions into medical and scientific communities to help fight the outbreak.

Many have praised the Canadian government for their swift and liberal response to help their citizens during this pandemic, but this raises bigger questions about the longevity of the situation.

The looming question is for how much longer can governments continue to support those affected, and how is this impacting our future? Don Pittis from CBC News states that despite all of the government support, debt will continue to accumulate for many Canadians. As businesses struggle to repay debts, and job creation is slowing indefinitely,  the Canadian GDP is expected to contract significantly. This is all to say that the Coronavirus will impact us long after the quarantine sanctions have been lifted.