Over 3,000 years ago, around the age of the gods, so the story goes, a white heron had injured its leg. It found a spring bubbling up from the rocks, and dipped its injured leg into spring water that came from the rocks. Onlookers who witnessed the event were amazed to see the heron’s leg heal, and said that the water must have an extraordinary power. It became a popular site for bathing, ushering in the practice of hot spring bathing in Japanese culture.

The place is Dogo Hot Spring. Located in Matsuyama city, on the Island of Shikoku, it is the oldest hot spring in Japan. Around 800,000 people visit the hot spring every year seeking its help to heal injuries, curing diseases, and clarify their skin.

The hot springs traditional inn was built in 1894, and was the inspiration for the bathhouse in the film Spirited Away. It has been the subject of numerous legends and the admiration of many famous individuals.

One of those legends tells the story of two gods, the creator of Japan, Okuninushi and the god of healing, Sukuna. Sukuna, a tiny god, had a fatal disease and was very ill, and Okuninushi was terrified for his death. Okuninushi held Sukuna in his hands and decided to soak him in the spring water at Dogo. Miraculously, Sukuna recovered from his disease and started dancing on a stone after the bath. Afterwards, the spring water started to be called “the water of the gods.”

Many historical figures fell in love with Dogo hot spring, like Soseki Natsume, one of the most famous novelists in Japan whose books are still read and loved by many Japanese people and Shiki Masaoka, a major figure who developed modern Haiku.

“It is cold,” the poet wrote. “But we have sake and the hot spring.”

Imperial families and royalty also loved Dogo hot springs, like Prince Shotoku, who built temples in Japan and brought the influence of China to Japan from 593 to 596 CE.

It’s believed that Prince Shotoku was really impressed by the quality of the water and described it as “heavenly.” His quotes have been documented in a stone monument that reads, “I created [this monument] because I was amazed by the spring water…the water of the gods was gushing underneath, and it equally gave appreciation to everyone.”

A medicine from nature 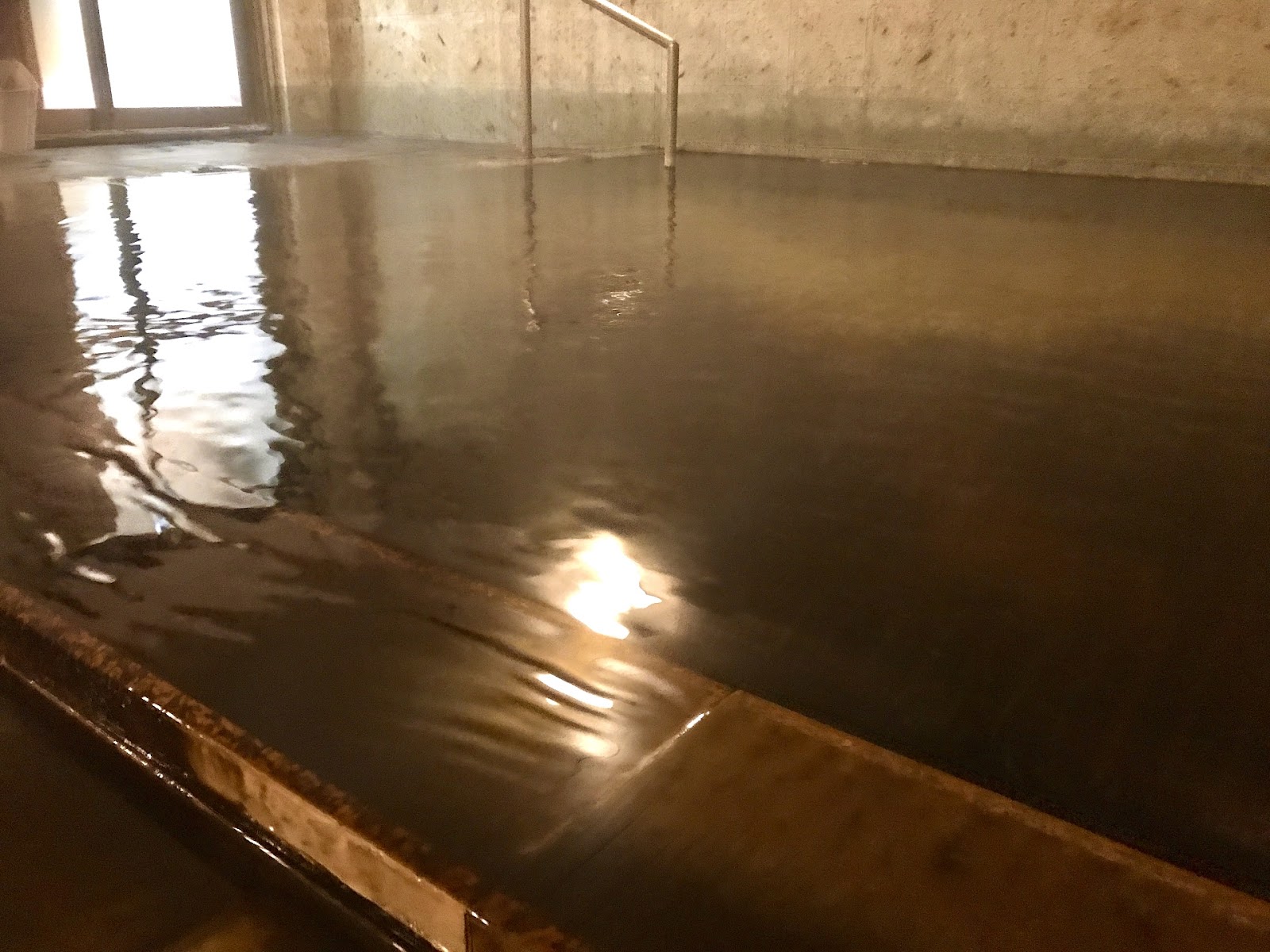 The spring water belongs to a water category called simple spring water. According to the Japan hot spring association, this type of water is a spring water with a temperature of 25 degree celsius or higher containing less chemicals than average.

The Dogo hot spring water is simple alkaline water with pH greater than or equal to 8.5. The hot blended water with a temperature of  42 degree celsius, comes from various underground aquifers with no reheating or adding of water, so it’s completely natural.

“It was worth it to bathe there”

Tomoko Sakitani, 72, has experienced bathing in Dogo hot spring,and said she used to deal with leg and lower back pain which caused her difficulty walking. Sakitani said she smelled a unique scent as soon as she entered the hot spring. The reddish brown colored water caused by rocks was really thick, and the water was pleasantly hot, she explained.

“Thirty minutes after the bath, I felt so relaxed, the pain was gone. Moreover, the water made my skin very soft,” she said. “Eventually, I was able to walk better than before.”

“I think the spring water helped cure the pain and reset my mind, so it should be called ‘the water of the gods’.”

“A bit better than ‘average’”

However, Michinari Sakitani, 83, the husband of Tomoko Sakitani who also has been there, said he didn’t really feel the effectiveness. “I used to have frozen shoulders back then, so I went to the hot spring,” he said. “The quality of the water is definitely good and made my shoulders less stiff, but its pain didn’t entirely go away like my wife has experienced.”

“But, you wouldn’t be disappointed with the experience,” said Mr.Sakitani.

1 comment on “”The Water of the Gods:” an ancient Japanese Hot Spring that inspired filmmakers and poets has a reputation for healing”