World of Tanks, at a glance, is pretty simple. Drive around and shoot tanks. How hard can that be?

Well, turns out there’s much more than that. This article will cover the basics of how tanks are split up by their nation and tier, and what to expect for playstyle. The game is very diverse when it comes to different tanks and it’s important to make sure you set a goal in what you want to play and how you want to play. Do you like being at the front lines? Go for a Soviet heavy tank. Like sniping from the back? Try a German Tank Destroyer. Like being in the middle, and supporting the team? Look for an American medium tank.

Tanks are split up by their nation/faction, class, and tier. Let’s start with tank classes. 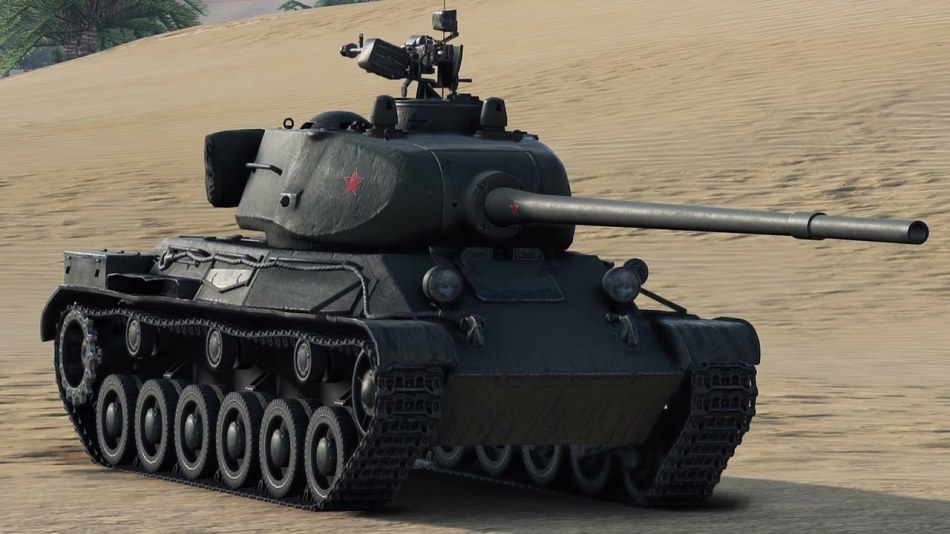 Light Tanks: The most agile, small, and lightest tanks in the game. Their symbol is a solid green diamond. Unfortunately, they sacrifice armour and firepower in exchange for their good maneuverability. Generally great for harassing slower tanks, and spotting enemies. Nearly all light tanks change to medium tanks,  A speciality of all light tanks is having the same camouflage values, (the amount of distance between you and the enemy before you get seen) whether they are moving or not.

Medium Tanks: The birth child of a light tank and heavy tank. They are represented by a diamond with a single cut in the middle. They generally aren’t exceptional in any role, but that also means they won’t do bad in any other as well. What makes up for their lack of specialization is versatility. Medium tanks can take some damage, give some back, and get across the map with ease. A platoon of medium tanks, or a “wolfpack” can make quick work of less maneuverable advisories, or kill some light tanks.

Heavy Tanks: The slowest, largest, and most heavily armoured tanks in the game. Represented with a diamond cut in 3. These tanks have the best armour values, and hard hitting but inaccurate guns. They trade this near impenetrable armour for a less than ideal speed and maneuverability however, and getting ganged up by competent medium or light tanks can easily send you back to the garage. Heavy tanks complement and are great for people who like to get up close and personal with the enemy, and bully others.

Tank Destroyers: These are a departure from your average tank. Tank Destroyers generally have bad maneuverability, armour, and speed, but they make up for this by staying true to its name. Tank Destroyers have the largest and the most powerful guns in the game with many variations to design: some have extremely thick armour and hard hitting cannons while others have with extremely accurate but smaller, “glass cannons”, coupled with horribly thin armour.

So now you know tank classes, but which nation to choose?

Many nations specialize in one characteristic, and in return give up something else.

Germany: Tanks made from National Socialist or Federal Republic of Germany.

Germany has one of the largest tech trees in the game. They are characterized by their extremely accurate guns, with lower average damage and smaller gun calibres. Many German tanks have some of the largest hit point pools in the game. They generally feature decent armour, except for the alternate tank destroyer line and the Leopard 1 tank line. Many German tanks were based off of Czechoslovakian designs in the early tiers and later take foreign influences (Such as the Tiger II and Panther tanks based off of Russian T-34s).

USSR: Tanks from the Union of Soviet Socialist Republics or Allied nations from the lend lease program during WWII. 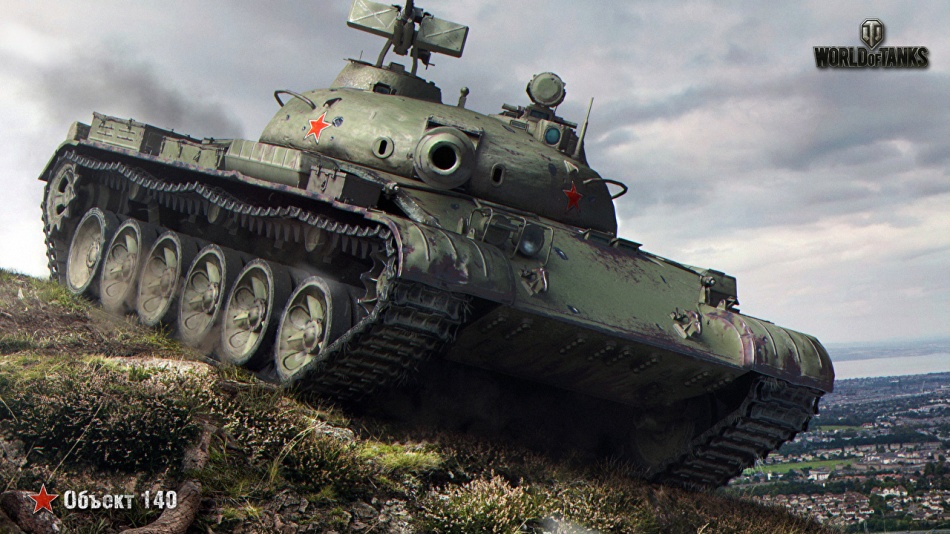 Generally however, tanks from this nation have subpar gun handling and accuracy, good maneuverability, and very strong armour. Heavy tanks from the USSR have very good mobility, and inaccurate, but very hard hitting guns. Tanks from here often also rely on sloping of the armour, a game mechanic that dictates the angle, and overall thickness and protection a tank has. Most tanks from this faction excel in close quarters combat because of the subpar accuracy and strong frontal armour. This type of playstyle is well suited for nearly everyone, new player or experienced. The only one exception with this is the Soviet medium tanks; they have some of the best gun handling at higher tiers, and that resembles an upturned soup bowl. This allows the tank to hide the main portion of the tank, or hull, and only show the well protected turret. On the other hand, they also generally have very bad gun depression, which is how much a tank’s gun can be lowered. This is a side effect of having low profiles which makes using the turret armour much more difficult when fighting on large hills).

France: Armoured vehicles designed by the French Republic. Most French tanks are very specialized vehicles and should be examined carefully before you commit to them.

They vary wildly between tiers due to different theories of how tanks would be used in armoured combat. They are mainly geared towards the offensive, accomplished at low tier by heavily armoured but slow vehicles, but with fairly subpar anti-tank capability. At higher tiers, they are very mobile and have great weapons, but they were rather blueprint designs and were developed during an era where a new specialized type of anti-tank ammunition called HEAT rendered armoured plating on vehicles relatively ineffective. Most higher-tier tanks have a drum-fed automatic loading mechanism, or “Autoloader”. This allows the tank to fire several shots in quick succession, followed by a reload period, where the magazine needs to be reloaded with human hands. Nearly all French tanks suffer from few crew members (If one of your crew is injured in battle, your performance is much worse since a crew member generally has to do 2 or more jobs); they also suffer from a lack of sufficient armour at high tiers, and lack of sufficient mobility and anti-tank weapons at low tiers. Low=tier tanks will have problems damaging other tanks. On the other hand, higher-tier tanks will find themselves handicapped for defense, because of the long reload times for auto-loading mechanisms, and poor armour. These factors make French tanks unsuitable for new players, since they are incredibly specialized and the player needs to adapt to new play styles in order to be successful.

USA: Armoured vehicles manufactured by the United States of America and other North American nations such as Canada. 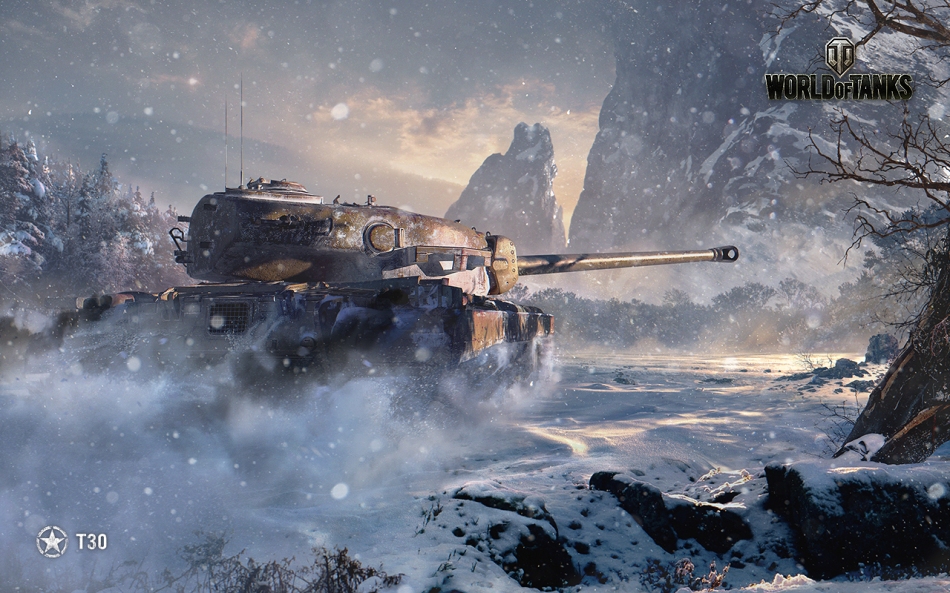 The US generally gives up any specialization for their tanks in exchange for versatility. They rarely pe rform exceptionally well in any category, but they can usually adapt to a changing battle and perform adequately in most situations. This nation is quite often referred to as the “Jack of All Trades” as they can nearly do anything to a certain extent. They perform quite well in a “hull down” position, where they hide the hull of the tank and only expose the turret. American tanks almost always have good gun depression, so using hills as cover is a very viable tactic. American tank guns rarely have stellar penetration values, accuracy, or damage per shell for their tier, instead preferring rapid reload times. These tanks are also generally very easy for new players to pick up, though they are much harder to master and use to their full potential.

UK: Armoured vehicles fielded by the United Kingdom or British Commonwealth. Many tanks from this group do exceptionally well in some things while doing horribly in another.

British tanks are between German and American tanks in terms of playstyle. They usually sport good gun depression and accurate guns while having mediocre mobility and armour. At early tiers, they branch off into 2 different styles. Fast “cavalry” tanks that have good speed and decent weapons but poor armour; and “infantry” tanks that are designed to support troops in an assault, boasting great armour profiles and respectable firepower but as slow as foot infantry and  easily flanked. As you progress through, the design philosophy shifts from being in the extremes to more universal tanks, with a balanced mix of firepower, armour, and speed while keeping the decent gun depression. The notable exception to this is the British TD line. The tier X tank destroyer, the FV215b (183), has the highest alpha damage in the game (average damage per shot). Clocking in at 930 average damage each round, it is a very scary enemy to face.

Japan: Tanks made from the Empire of Japan. Sporting good gun depression, and thin armour, they are a tricky nation to use. 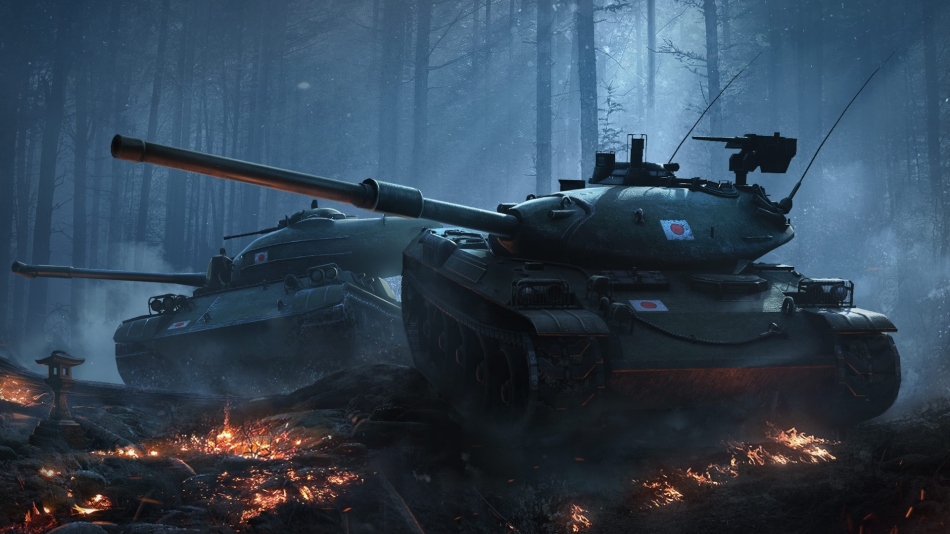 There is only one Japanese tank line that leads up to tier X. Generally Japanese tanks have good gun depression, thin armour, and accurate guns with good reload times. The lower tiers make Japanese tanks very off putting, with mediocre mobility, gun handling, and armour. This holds true until tier 8, where from then on the tanks take a more US-based influence, with great gun depression, good penetration values, good mobility, and stronger turret armour (though still relatively weak all around).

There are very obvious exceptions to each nation and tank class, so this is just a broad generalization..Taking your own time to do some research is highly recommended to see what meets your needs. Ultimately, it’s up to you to test out the vast variety of tanks presented to figure out what suits you the best and what you have the most fun playing.

0 comments on “World of Tanks: Which Tank Class and Nation is Right for You?”