It was my friend’s birthday and she really wanted to go a vegan restaurant called MeeT in Vancouver’s Gastown district. I’m not that familiar with vegan food and was really looking forward to having a new experience completely out of my comfort zone–and in that sense, the experience did not disappoint. But while we found the place very friendly and not at all overwhelming I don’t see myself going there again.

When I first heard of “MeeT” I initially thought it was spelled M-E-A-T. I would possibly go to the place more often just because of the irony. I asked my friend how expensive it would be because whenever I go to Whole Foods, a lot of their vegan stuff is really expensive, but I was surprised to see how reasonable the prices were. The most expensive entree was $15, and you would receive a lot of food.

The four of us went to Gastown and the place was hidden. Gastown is a very narrow area, and their entrance looked like a door to a boutique, but it led to a small courtyard that surrounds other small businesses. Once found, I was taken aback at the modern “industrial” aesthetic it had–if a person hadn’t mentioned it was a vegan restaurant, I’d assume it was just a typical diner. The exterior fit the historical Gastown look since it was surrounded by bricks from the building beside it. The whole place was transparent with glass panels everywhere, and inside was very narrow with pops of red on their vents–hence the “industrial” vibe. The place looks quirky because of the light fixtures, and has a lot of greenery with “small cute vintage items scattered across the restaurant.” as my friend commented. 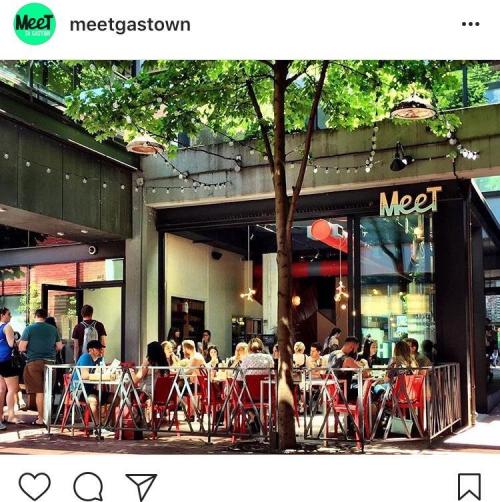 Our table was right by the window where you could see people coming and going, and it felt a little claustrophobic because of the amount of people there. I also noticed how large the menu was and that the tables were much smaller than your common restaurant chain, which bothered me quite a bit. I guess it is because the location and property size is already quite narrow. 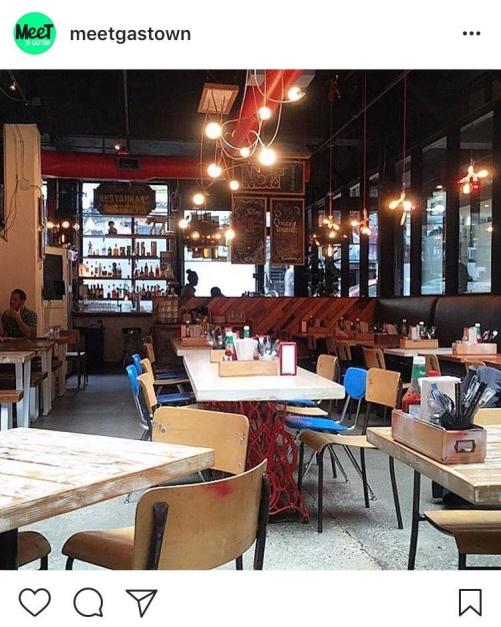 The four of us ordered different meals. We had The Meet Burger, The Main, The Mighty Mac and Mom’s Hamburger Helper.

The Mighty Mac consisted of a house-smoked burger topped with mac ‘n’ cheese, pickled jalapenos, chipotle mayo, and two crispy onion strings. It was picture worthy and initially appealing, but after a few bites the experience changed. It was, in my friend’s words, “seemingly too flavourful, too meat-like, and no longer pleasant. I was finding it difficult to find a flavour I could savour.” Still, she said, “without a doubt, I’d go there again.” 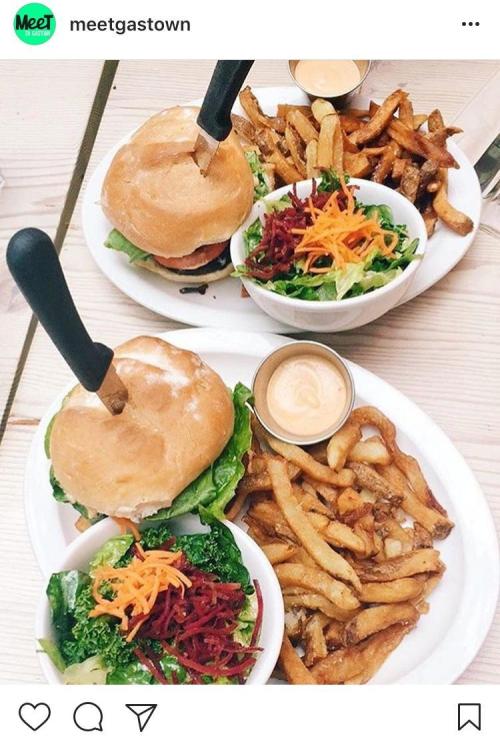 Mom’s Hamburger Helper was okay but it didn’t surprise or impress. It’s actually a creamy mac ’n’ cheese but vegan with their house ground, beans and stewed tomatoes. My friend who is a vegetarian herself, ordered this meal and said she was expecting this vegan restaurant to be better.

The Main burger had an extremely high amount of flavour in order to replace the meat. It is a simple house-smoked burger on a kaiser bun with mayo and pickle, but my friend ordered without pickles. She mentioned it “was very plain”, but had a lot of flavors. Something she noticed, which I did not, was the “texture of the patty… seemed to be very bouncy”. An odd description perhaps, but accurate. 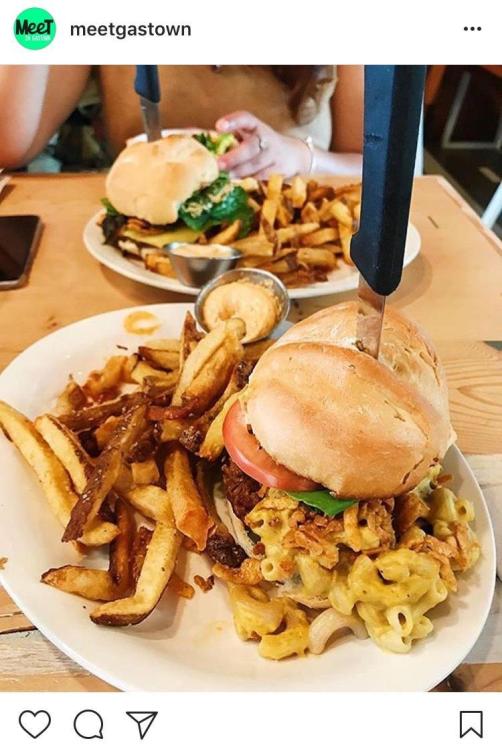 I was very excited to try the very “Instagram worthy” MeeT Burger. It’s a house-smoked burger with sauteed mushrooms, chipotle mayo, and crispy onion strings. I substituted the chipotle mayo for their regular mayo because I am not a fan of spicy food, especially if I’m not familiar with the dish or the restaurant. The food was neatly placed and looked true to its advertisement but when I took the first bite, I was stunned to find myself disliking it. There were too many flavours going on and I honestly wouldn’t recommend it.

Despite the underwhelming mains, we all loved the fries. As a matter of fact, we considered it as a “positive” for the whole meal. They were absolutely perfect! They had perfect seasoning and temperature. If there is a next time, I might just order their fries and nothing else!

Overall, MeeT is quirky. While I may be open to new experiences, this vegan restaurant disappointed me. I was expecting much more because of all the hype. Still, it’s definitely different from your regular restaurant chain, and in a city like Vancouver, it’s good to have places like MeeT because they give people motivation to go to new restaurants and get out of their usual routine every once in awhile. But after this experience, I don’t see myself going there again unless if it’s for another birthday party.

0 comments on “Beautiful vegan food in a cool spot–but how does it actually taste?”